Out today in cinemas, I am doing a ‘never have I ever’ inspired by the brand new film Nerve. This one is hopefully going to be quite interactive, I want to know from all you readers out there the things you don’t have the nerve to do! It could be anything like going to the cinema by yourself for instance, I want this to be fun! Keep reading to find out what inspired me about the movie to do this post as it will make a lot more sense once you find out the summary of this particular film! Ok so here it goes: 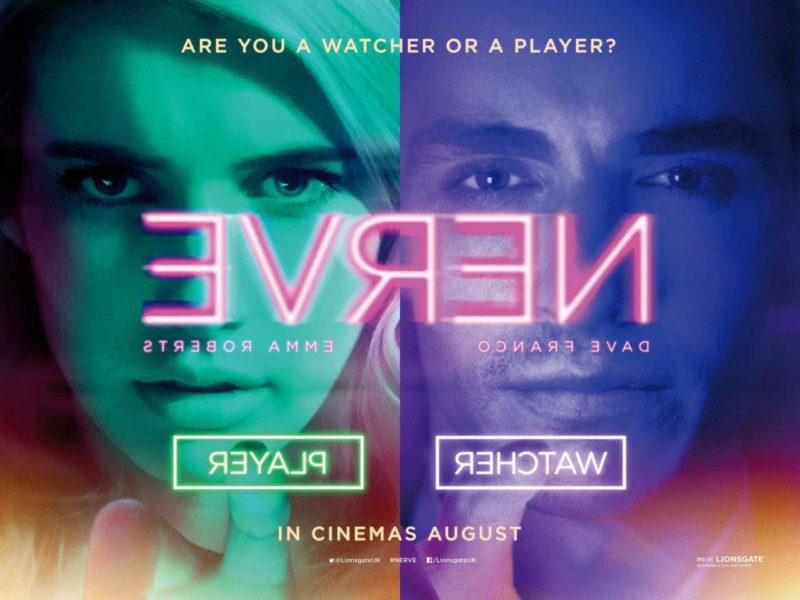 Never have I ever… ridden a motorcycle by myself

Motorbikes really scare me, and I have never even had a go on a moped! I’ve been on the back of one as a passenger about fifteen years ago and really didn’t like it. I did however have the coolest pink electric scooter which was more than enough for the adrenaline junkie within me!

Never have I ever… been drunk!

Yes I know this is a very unusual one! I don’t have the nerve to get drunk, partly because I guess I wouldn’t know what to expect from myself. I wouldn’t want to be the friend who has to be put in a taxi home at the end of a night and not know how I ended up home! Of course I have no problem with anyone else drinking around me, and I do like a cocktail at a party, but as soon as I start to feel any effects I have to stop straight away and that’s me done for the night. I am proud to say that I have never been drunk though, and I hope you will raise a glass to that with me!

Never have I ever… truly experienced being single

This is also quite unusual I think. I had my first ever relationship when I was 14, and we stayed together until I was just about 20 years old. 3 weeks later, I meet my current husband to be Paul! So I never really had any period of time to get used to a single life. I didn’t plan it this way, it was just one of those things that happened but I don’t regret it at all. I’d like to think that I would have the nerve to be happy and single, but I hope that I don’t have to find out as I love my life with Paul!

Never have I ever…eaten shellfish

By shellfish, I mean any seafood with a shell like clams or muscles. I simply don’t have the stomach for anything fishy besides cod, tuna or salmon, maybe this is one thing I have to try soon or I may not ever face my fear! It’s definitely a mind over matter thing because I like the smell of lobster in a nice restaurant, so I think I just need to man up on this one!

So now the ugly truth is out the way, I want to share a little about the film which this post is inspired by. Nerve is a social media thriller which is right up any blogger’s google map app. Set on the streets of New York City, a secret and dangerous game has gone viral, much like pokemon go has! You can pay to be a watcher or become a player to win. Either way Emma Roberts and Dave Franco find themselves drawn into the game as players, and we watch them do incredible (and stupid) things to earn a lot of money. The more watchers they gain, the higher the stakes, and it really opened my mind up to the world we surround ourselves in on the internet and on our phones. Of course I use social media for positivity and would never consider being a part of nerve if the game did exist, but we all should be more aware of the danger the web poses and try to help fight against the darkness which we all know comes with the territory. 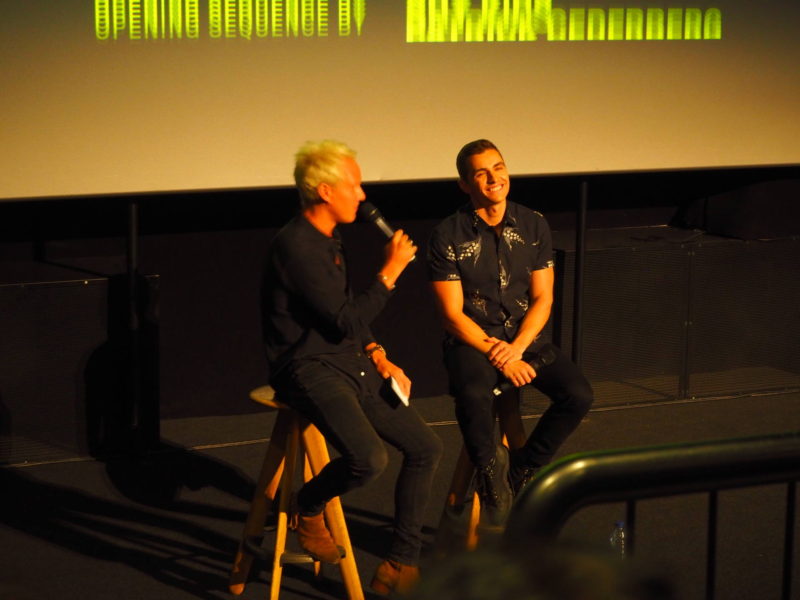 DAVE FRANCO Q AND A

Dave Franco was kind enough to stop by after the movie to talk to us about his thoughts and views on his role in Nerve. Dave does not use any form of social media which is why he was drawn to the role of Ian. He answered all our questions with a great thoughtfulness and we could see how much he loves doing what he does- I wish him all the best and no doubt his career has only just begun! I hope you all go and watch Nerve and let me know what you think of it! 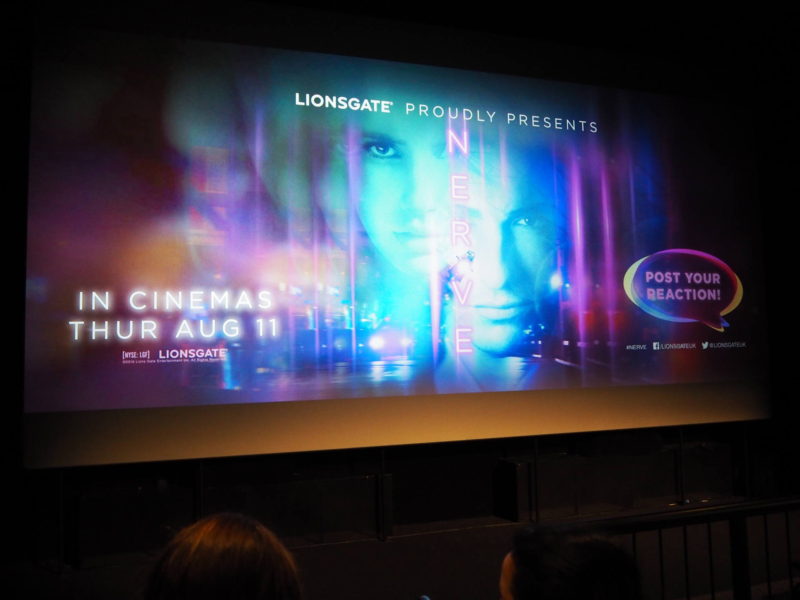 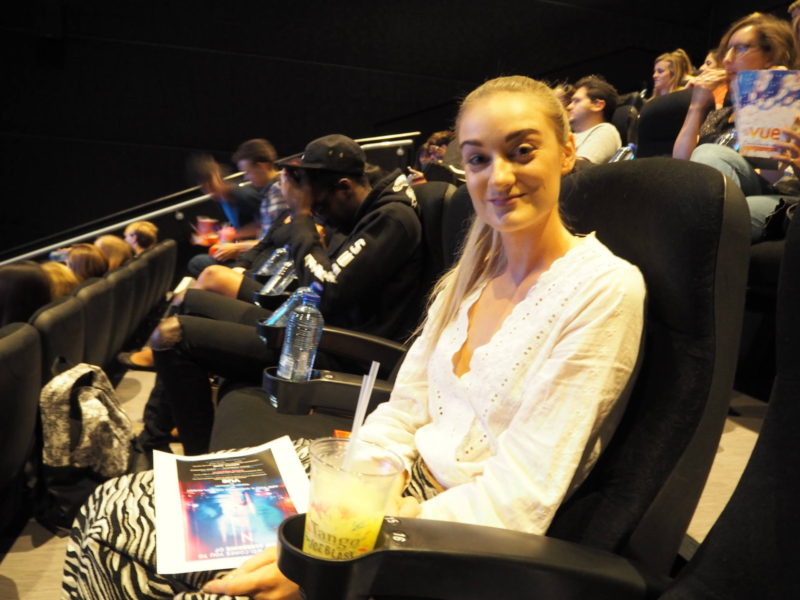 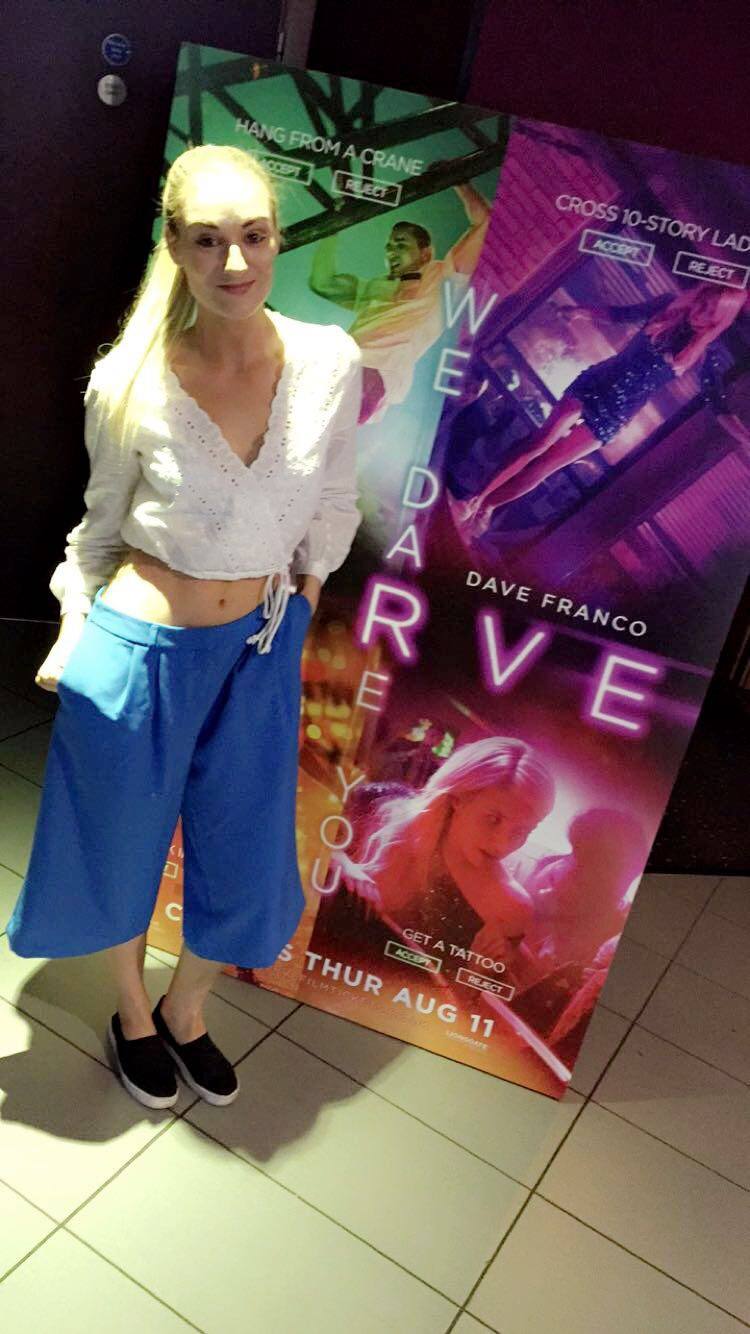