NB: This is a no-spoiler, press invite review of WICKED the musical, all thoughts and views my own.

I had been wanting to see WICKED the musical since it first came to the West End in 2006, so literally 13 years! It may be an unlucky number for some, but this year I was invited to see the show on a very special press night along with many other bloggers and celebrities. I felt so honoured to be sat in the theatre among the likes of Dame Kelly Holmes and Craig Revel Horwood as the 13-year anniversary show made its debut.

In my opinion, it was imperative to wear green and so I pulled out a floral kimono that I last wore on my 42nd week of pregnancy! It was perfect for the occasion. I left at 3pm and drove to the Intercontinental Hotel near the O2 where I was staying for the night to drop my bags off and get ready. I met my husband, Paul near the Apollo Theatre Victoria to grab some quick dinner before the show started.

At 7pm sharp we were outside the theatre to take in the atmosphere and of course, to get the shots. We took about a hundred to get the perfect one before we went inside. The entrance was filled with the hustle and bustle of people arriving, getting drinks, their tickets and waiting to be seated. The crowds were also being filmed from every angle for the 13thanniversary video (which you can now see on the WIKED social channels). There were so many things to take in before the show started, like costumes hidden all around the theatre and an ‘Ozdust Boutique’ for souvenirs just as you entered the main theatre.

The performance was wonderful. I’m not going to post any spoilers for my readers who still haven’t seen it and are planning to. The show was magical, uplifting and absolutely worth the long wait to see. I knew a few of the songs throughout the performance, as well as a very good idea to how the story was going to play out based on my knowledge of the world of Oz. It was lovely to see old characters come to the stage from a previous timeline, as well as meet the new ones like Fiyero and Madame Morrible. It was in some ways a standalone, and what I mean by this is that you don’t need to know much about the Wizard of Oz to enjoy it. The characters of Elphaba and Glinda are simply spell-binding and I cannot believe I waited this long to see it.

Once the curtains closed and the sea of green balloons cleared, we made a swift exit and headed down the street to the Park Plaza for the after party. It was such a thrill to not only see the show, but to meet the actors afterwards too and get to speak with some of them. I got the chance to share a moment with the beautiful Nikki Bentley who plays Elphaba and also Idriss Kargbo who is currently Boq.

Needless to say, I listened to the soundtrack all the way home the next day and couldn’t stop singing the songs (in a good way). I want to sincerely thank the Official London Theatre for arranging this magical escapade; I hope it’s not too long until my next visit to the West End.

Let me know if you have seen WICKED yet, or if it is on your bucket list in the comments below! 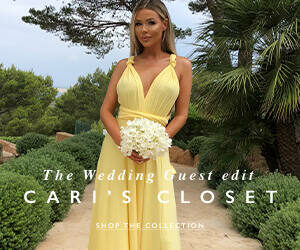