I usually am pretty good at getting to events on time as I like to think I am quite organised and a fairly good planner. On the evening of this event however, I don’t think that I could say either of these things as I ended up getting incredibly lost around Kings Cross station. I was hopelessly following my Google maps directions in circles and by this point I was starting to feel like I would never get to the event which had begun well over an hour ago. I ended up calling one of the girls who had invited me who was so great at directing me and 10 minutes later (feeling very puffed out and silly) I arrived at the DFMasterclass!

If you haven’t seen my previous post on Dragonfly Tea, they are a family owned British company who are just so passionate about bringing the best quality teas to the British high street. This year Dragonfly Tea celebrates 15 years and to mark this they have brought out a fantastic new range of teas called the tea house collection. They were also kind enough to host a select few of us for this fabulous tea masterclass! 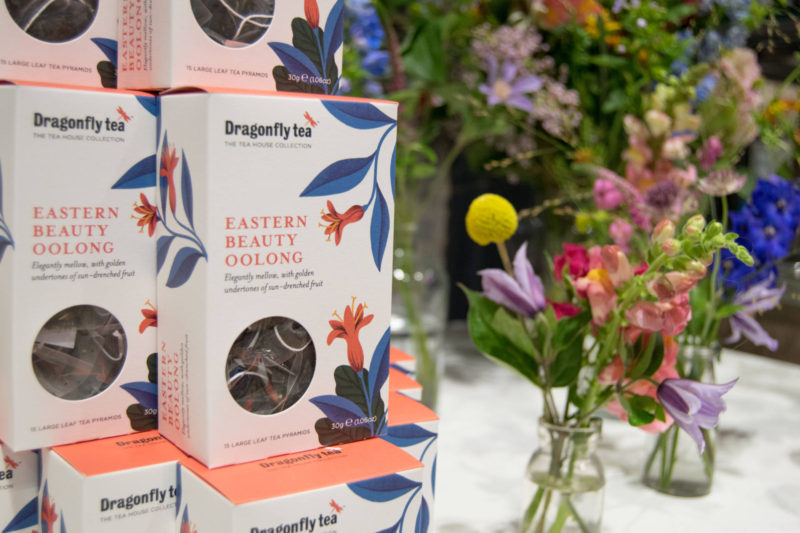 The location (which I will now remember for the rest of my days) was at the Waitrose cooking school and I was so happy to see it when I arrived. I had missed a little bit of the tea trivia but the staff and hosts were so gracious and set me up with a Long Island green tea straight away.

Our host Georgia Ginsberg from Dragonfly Tea talked us through what would happen next, which was a tea test! We had 10 teapots around the kitchen and we had to taste, smell and work out which one was which from the new collection. The academic in me always jumps at the chance to take a test so I was straight in there! 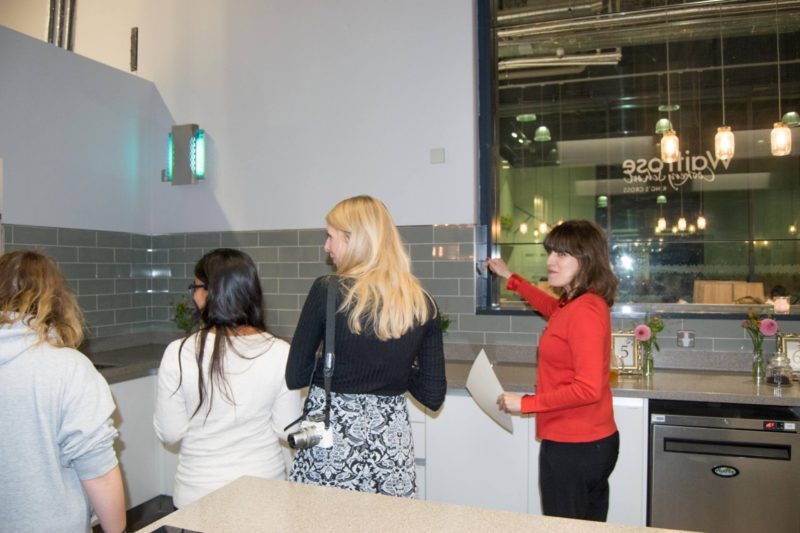 Even though I missed the first part, my tastebuds did me proud and I got 7 out of 10! I do like to drink a range of teas so I think this helped a lot 🙂

We had a great time taking photos of all the teas and flowers, it was one of the most amazing blogger events I’ve been to this year! 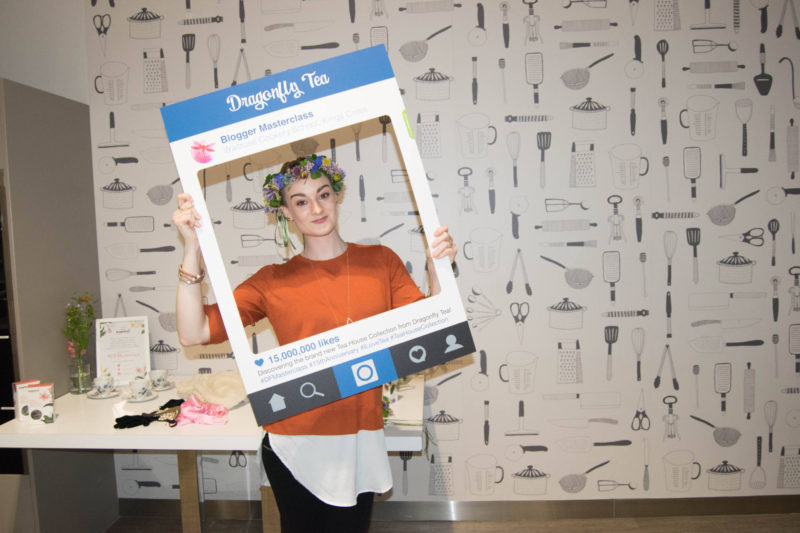 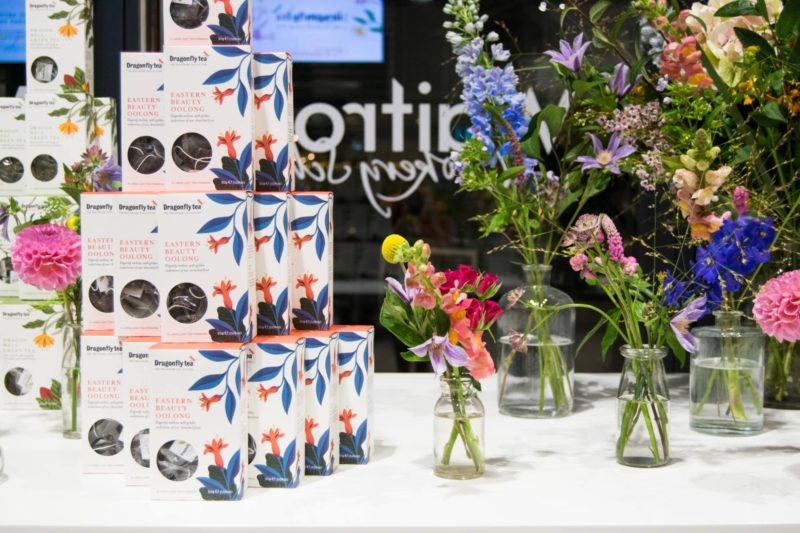 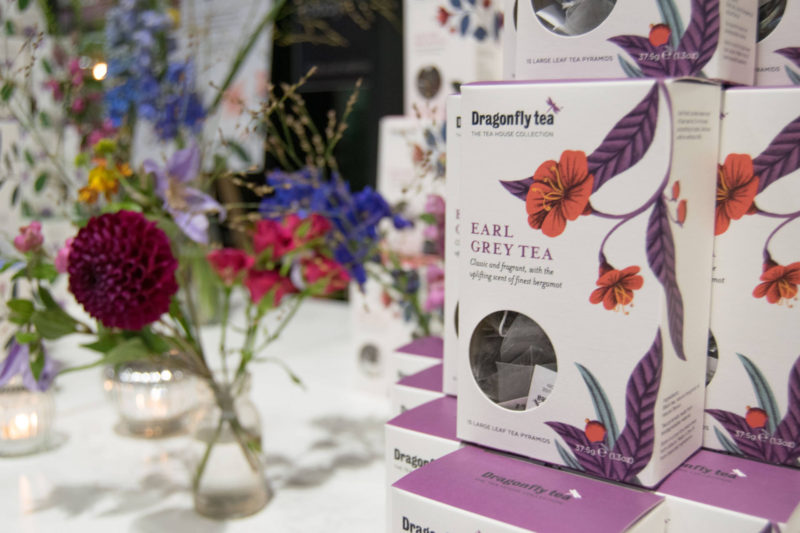 Dragonfly Tea celebrates 15 years in style, as not only do they have the brand new tea house collection, they have also brought out a luxury candle. This candle is super lovely and it’s definitely something everyone should have when taking a relaxing bath. The scent is homely, woody and just right for the transition into the cold season. I had the best blogger evening at the DFMasterclass and want to thank the Babushka Comms team for inviting me along! 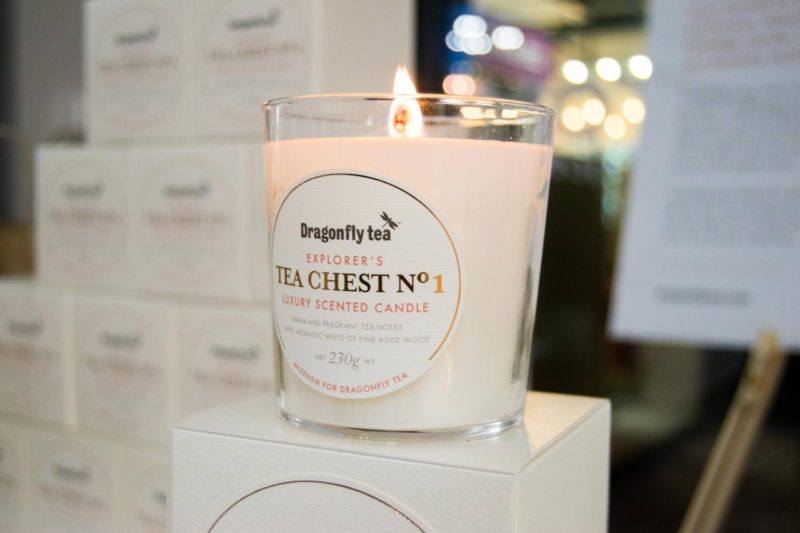