July has turned out to be such an incredible month this year. Things are finally starting to come together with all the wedding plans, life as a full time blogger is brilliant and now I’m writing up one of the best experiences in 2016. Let me take five minutes of your time to explain all about the Star Trek Beyond premiere preview in this post… 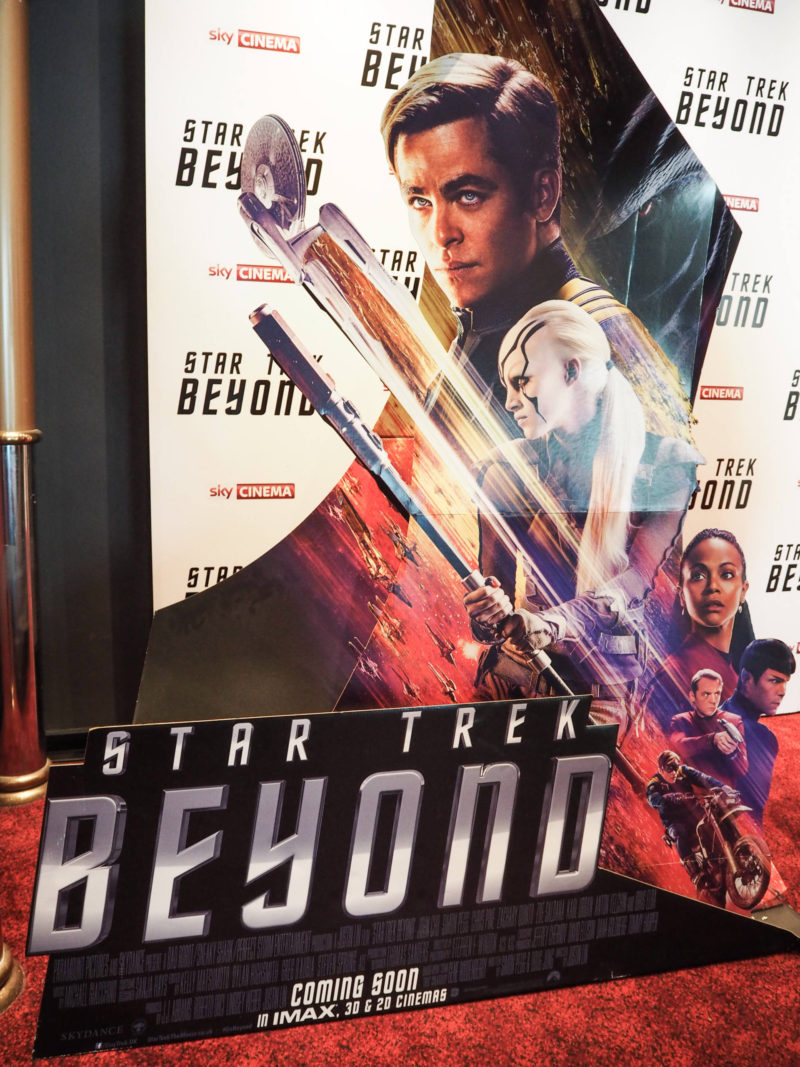 My day started out with a huge dilemma, I had a premiere to attend, but the weather was horrific- I’m not just talking a light shower, I’m talking buckets of rain which was forecast for the whole day. Despite this fact, I chose to wear a floor length backless black dress, and I put my heels in my bag to change into later. My first stop was to Clapham Junction to get my nails done. It was my first time visiting we nail’d it salon after many Instagram posts I had seen on the place. I don’t think it quite lived up to my expectations, though they did make my nails a very fitting silver chrome for the galactic touch I was looking for. Nails done, I headed straight to Leicester Square, my home away from home in a way. I couldn’t help remember back to 2013 when I slept there overnight for the previous Star Trek film- Into Darkness. Totally worth it to meet J J Abrams! Three years on, things were very different, I couldn’t quite get my head around it as I went to pick up my press badge and tickets to the movie from the Hampshire Hotel. 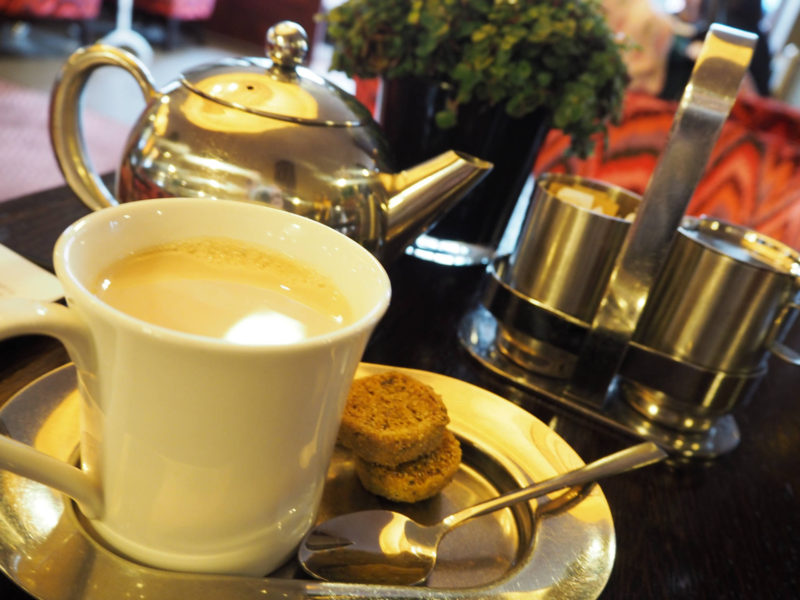 The time was 4.30 as I sat with an earl grey tea watching the rain come down outside. I was feeling nervous and excited, the way I always feel before a premiere begins. 5 o clock came round, and by divine intervention or just perfect timing the rain ceased as I made my way across the square and onto the carpet. The carpet was white and silver, the fans were in the pens and excitement filled the air, I had my Olympus Pen out and was ready to capture everything. 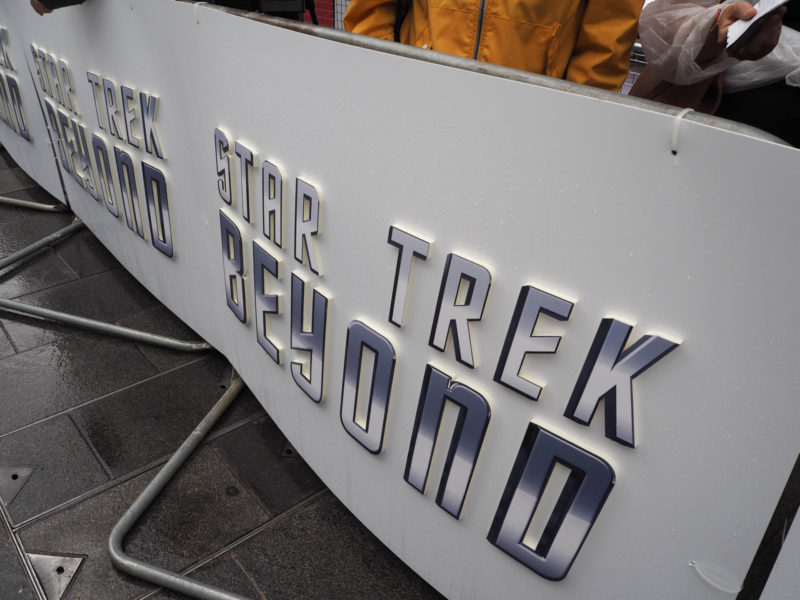 Fast forwarding to 6.30, I was in the media pens, right outside the empire cinema main doors. The stage was right in front of me as the stars started pulling onto the carpet. I was next to two great girls from Glossybox and we all were snapping away as Chris Pine, Simon Pegg and the rest of the cast made their way towards us. 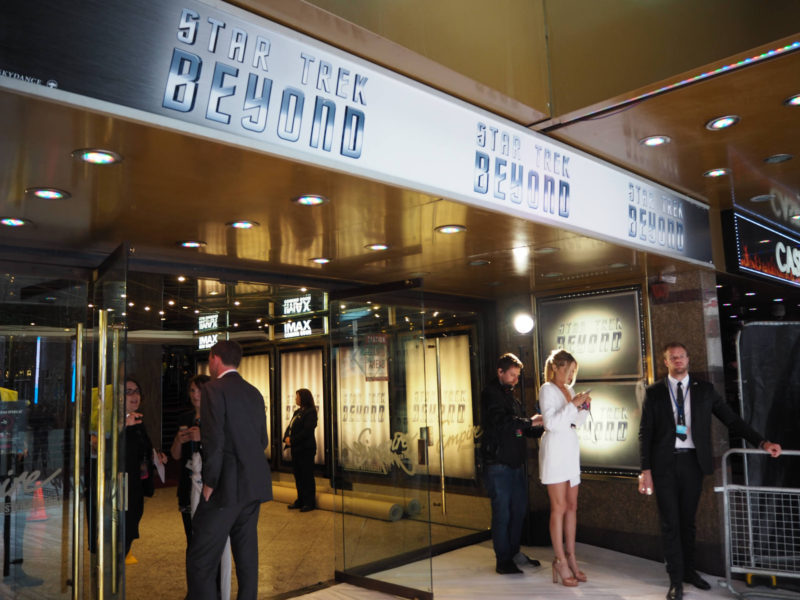 It was so incredible, I will not ever forget the moment where I had both Chris Pine and Karl Urban standing right in front of me, I had my question prepared…. 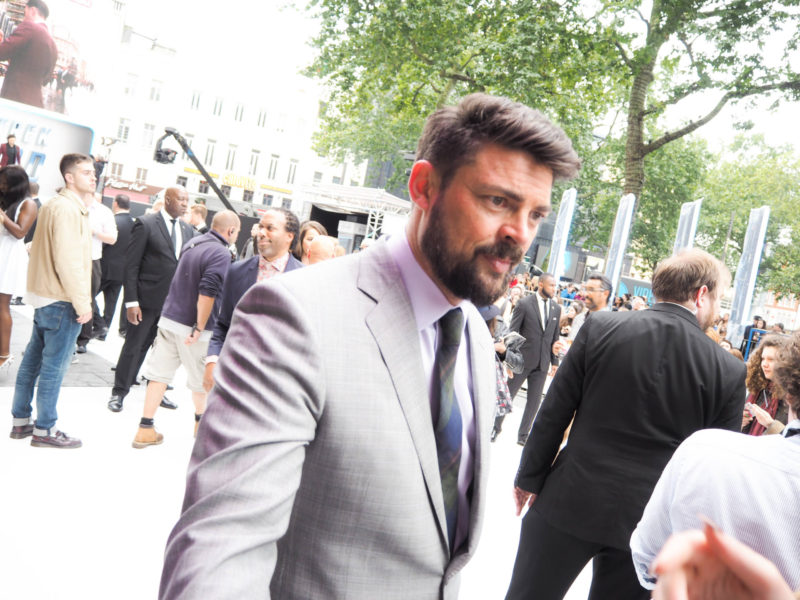 Watch the video to find out what I asked Chris Pine!
So after that I was fully geared up to watch the movie with my favourite movie buddy Paul. I don’t want to give away much about what happens in the movie as I really do want you all to go and see it when it comes out, but here are a few of my thoughts on it:
Star Trek Beyond definitely went above and beyond for me. The third instalment had a lot to live up to after Into Darkness, and I was excited to see what Idris Elba could bring to the dynamics when alongside the Enterprise crew, even if just for a short while. I was really surprised with where JJ Abrams and SImon Pegg went with this movie, there were many scenes with Spock, Kirk and Bones that were nicely unexpected and helped to build strong foundations between the characters. It was bittersweet to watch Anton Yelchin on screen as Chekov after his sad passing, and tribute was duly noted to him in Star Trek Beyond. We see a lot more to him than in in the previous films which was just lovely to watch. I really hope that you love it as much as I do when it is out in cinemas, I would give this film a solid 9 out of 10, just because I didn’t really get Uhura’s part in this film at all and think that something more could have been done there.
And finally my outfit! I was glad there was time to take some shots afterwards! 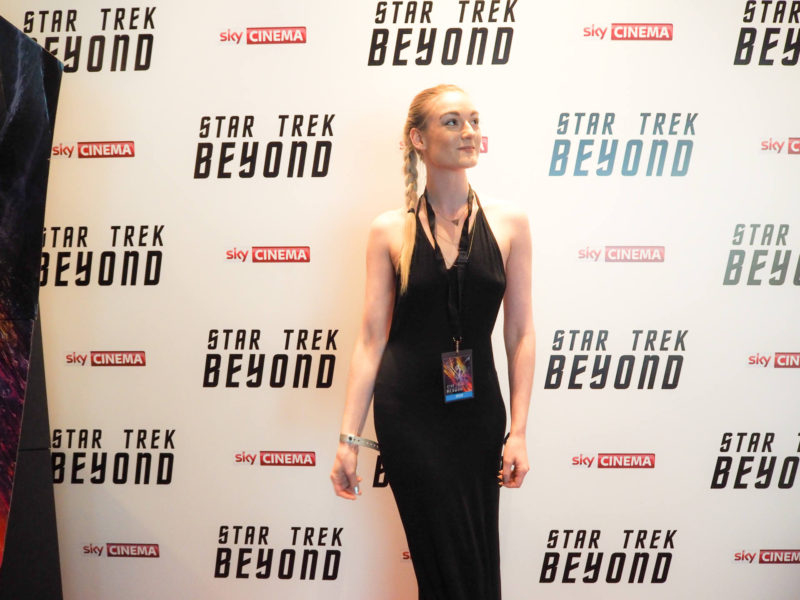 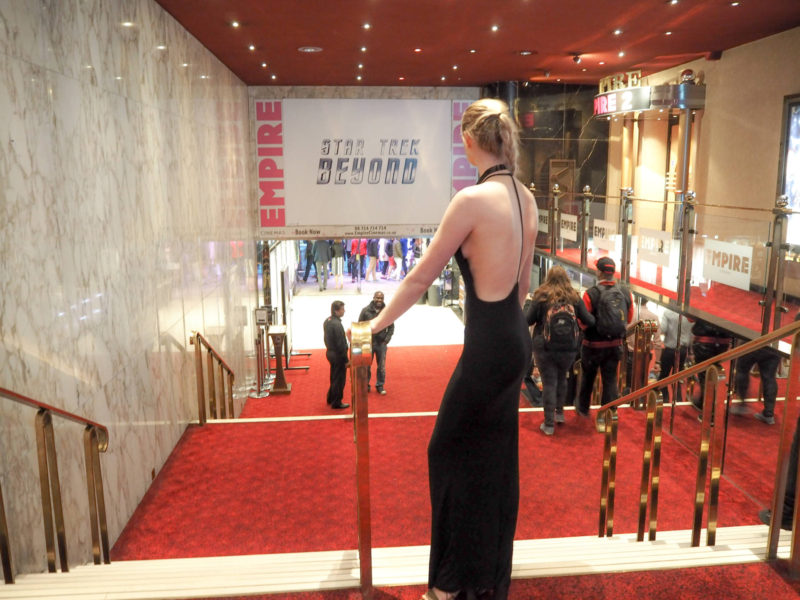 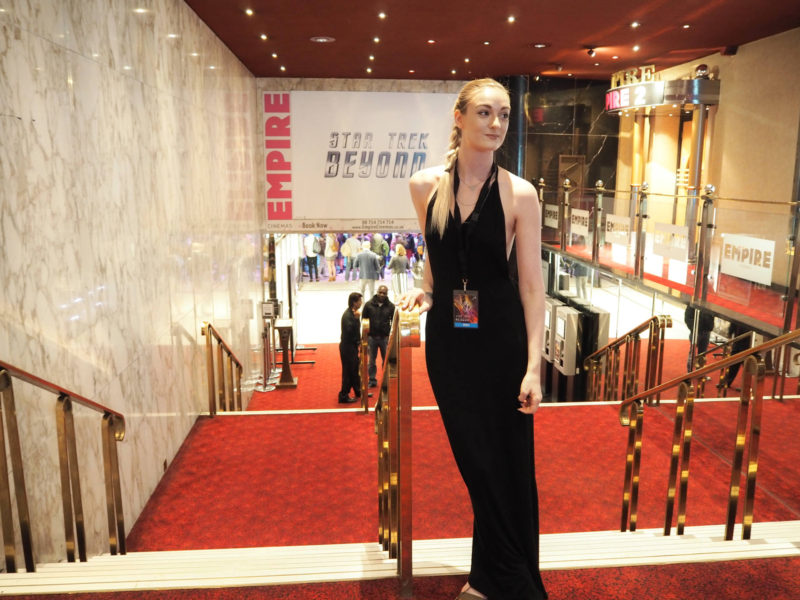 My dress is from Pretty Little Thing

I want to say a huge thank you to the people who made this great day at the Star Trek Beyond Premiere Preview possible: Substance Global (my new superheroes) Columbus Direct and of course to the whole cast and crew behind Star Trek Beyond– may you all live long and prosper! 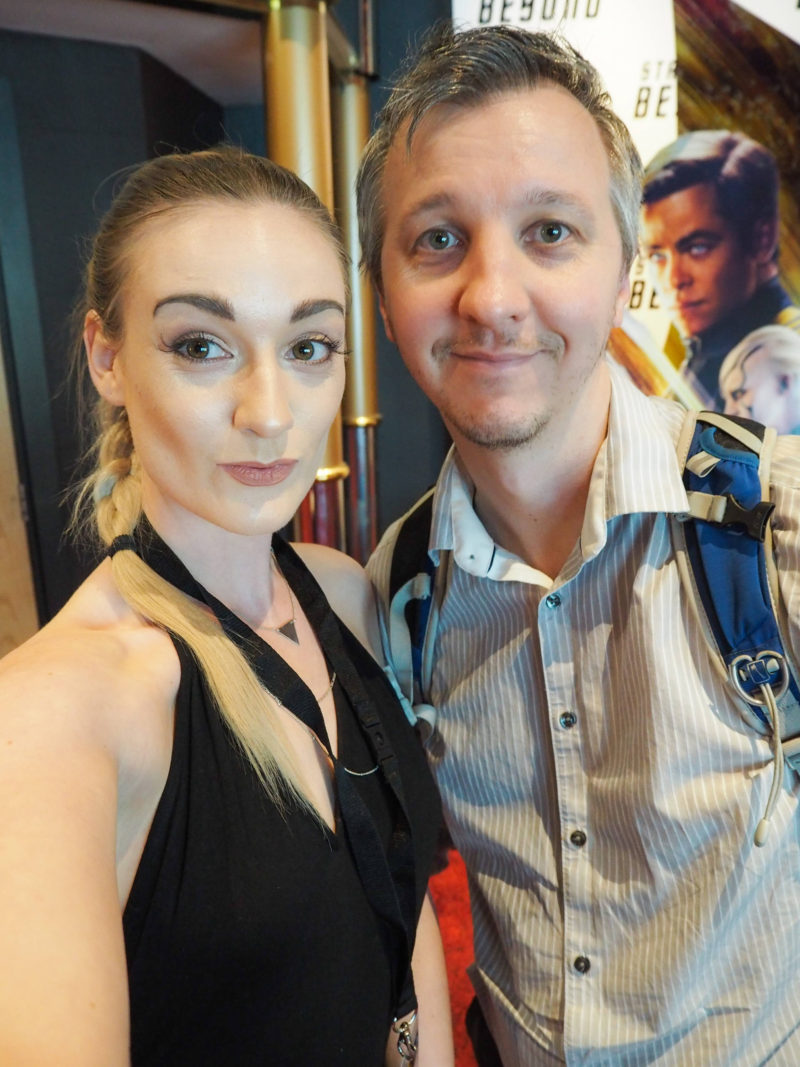 Saharasplash X
For more amazing content, take a look at my latest fashion photoshoot with Tessuti and Love Moschino!